Talking about Visa Processing; Here are mistakes to Avoid During K-1 Visa Processing and More Guide you need for other visas like American Visa Sponsorship Approval and Canada Visa Program for all Foreigners are all here for you to take the best steps and also you can ask questions for better understanding; 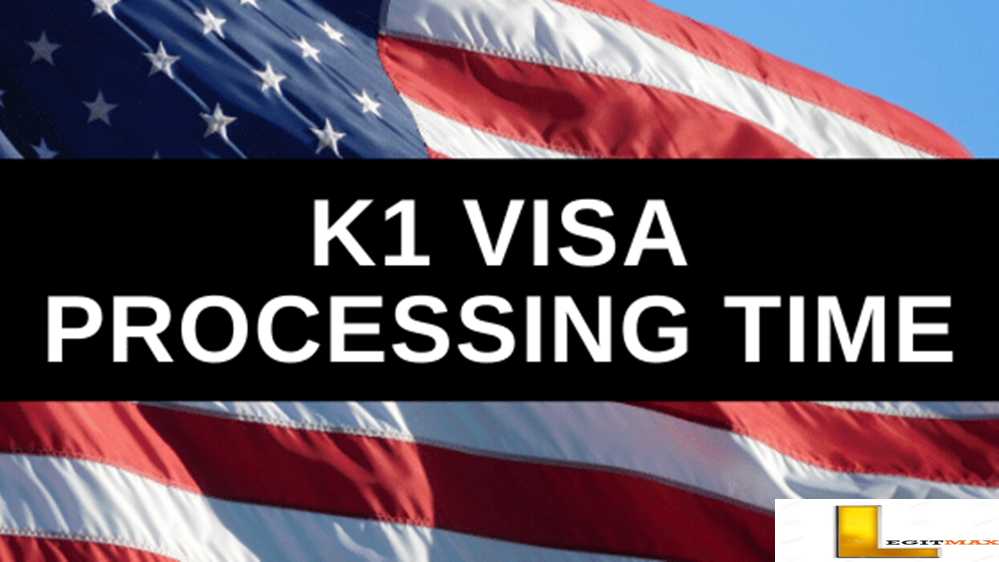 K-1 visa is a visa issued to the fiancé or fiancée of a United States citizen to enter the United States. A K-1 visa requires a foreigner to marry his or her U.S. citizen petitioner within 90 days of entry, or depart the United States. Once the couple marries, the foreign citizen can adjust status to become a lawful permanent resident of the United States (Green Card holder). Although a K-1 visa is legally classified as a non-immigrant visa, it usually leads to important immigration benefits and is therefore often processed by the Immigrant Visa section of United States embassies and consulates worldwide.

Avoid These During K-1 Visa Processing

VISA PROCESS The K-1 fiancé visa is one of the most requested U.S. visas. The U.S. Department of State issues the K-1 to the foreign national fiancés of U.S. citizens for the purpose of entering the United States for marriage. Once married, the foreign national may adjust status to permanent resident (green card holder).

However, mistakes in the K-1 visa process can ruin those plans. Minor oversights may only delay the process, but other mistakes can create long-term immigration problems.

Although most visa requests are granted, it’s good to know the common pitfalls that caused problems for others. We’ve outlined five of the biggest mistakes in the K-1 visa process. Before preparing Form I-129F, Petition for Alien Fiancé, review these avoidable problems.

Sometimes it’s the small things that can significantly delay a petition or even cause a denial. In most cases, simple errors and omissions in Form I-129F will cause a rejection. Although the petitioner can easily resubmit the petition, it generally creates a significant delay in the K-1 visa process. Each year USCIS rejects thousands of forms because people simply forget to sign them.

Take the time to provide accurate and truthful answers to the petition. Read the I-129F instructions thoroughly so that you understand the intent of the question and how your answers may affect the outcome.

The International Marriage Broker Regulation Act (IMBRA) of 2005 is a U.S. law intended to provide protections for immigrants and U.S. citizens. Relationships arranged through IMBs can potentially create volatile situations.

Foreign nationals – often women – seek entry to the United States. U.S. citizens – often men – seek a marriage. Unfortunately, the leverage that the U.S. citizen holds over the intending immigrant can be the impetus for some abusive situations. The basic provisions of the IMBRA include:

Immigration officials will collect the U.S. citizen’s fingerprints as part of the K-1 visa process.

Evidence of Eligibility for K-1

​Have met in person at least once within the last two years; and ​Intend to marry within ninety days of the foreign national entering, and ​Be legally able to marry in the state where the wedding will be held;

​Have a good faith relationship that’s led to a marriage proposal; Include a U.S. citizen fiancé petitioner (not a lawful permanent resident) that is petitioning the foreign national.

Not Being Prepared for K-1 Interview

In addition to the evidence in the I-129F visa petition, immigration officials want proof that your engagement is the real thing. Marriage is one of the most abused paths to permanent residence. Therefore, USCIS and consular officers will look for factors that can be red flags for marriage fraud. Factors that can trigger additional questioning include:

Most people have nothing to worry about. However, it’s extremely helpful to understand the types of questions that immigration officials will ask the K-1 applicant. Some applicants who are surprised by the questions may appear guarded or anxious. Most K-1 applicants will interview without a U.S. spouse. Take the time to review typical questions and be prepare for the interview. Read K-1 Fiancé Visa Interview Questions.

Once the foreign national’s K-1 visa is approved and he or she enters the United States, there’s a 90-day deadline to marry and adjust status to permanent resident. This is an extremely tight deadline to plan a wedding and submit some complicated paperwork.

The K-1 visa process stipulates that the foreign national must marry the U.S. citizen within ninety days of entering the U.S. For most, this timeline makes it difficult to have a large wedding at a popular venue. Coordinating travel for immediate family members will be challenging enough.

Therefore, it may be more practical to plan a simple ceremony. If you would like to celebrate with a larger group of family and friends, plan a reception or party at a later date.

1) ​I-485, Application to Register Permanent Residence or Adjust Status
2) ​I-864, Affidavit of Support
3) ​I-693, Report of Medical Examination and Vaccination Record
4) ​I-765, Application for Employment Authorization
5) ​I-131, Application for Travel Document

For more detailed information about applying for the green card, read Adjustment of Status Through a K-1 Visa Entry.

Other Mistakes in the K-1 Visa Process

Of course, it should go without saying that the misrepresentation of facts will result in a visa denial. Being truthful throughout the K-1 visa process is important. Even if immigration officials don’t initially catch a lie, it can haunt the applicant later. For example, at the time of applying for a green card, USCIS officers may review previous visa cases.

They will deny the green card if new information makes it apparent that a visa was fraudulently obtain previously. If at any point you feel as though a truthful answer on a visa application might be problematic, contact an immigration lawyer for guidance.

Can I sponsor my girlfriend to the USA?

As a U.S. citizen, you can bring your girlfriend here on a fiancée or fiancé visa. The alternative is to marry her abroad and then petition for her to get an immigrant visa. … If the U.S. consul grants the K-1 visa, your fiancée can travel to the U.S. for a 90-day stay. If you marry, she can apply for a green card.

What are the requirements for a K-1 visa?

Finally, A K-1 visa — also called a fiancé visa — allows the engaged partner of a U.S. citizen to enter the United States, as long as the couple gets married no more than 90 days later. The newly married spouse can then apply for permanent residence (a “green card”) based on marriage.

How much does a K-1 visa cost?

Fiancé or K-1 visa – The U.S. citizen partner completes the appropriate government form (I-129F – “petition for a K-1 Visa”) and mails it to the United States Citizenship and Immigration Services (USCIS), along with the $535 filing fee.

To pay the application fees for a foreign fiancé (e) visa the following is required:

Other K1 visa fees and costs associated with your application include document translations and photocopying. After the K-1 visa is approved, Form I-485 is filed to request adjustment of status to that of a permanent resident.

The package to apply for adjustment of status has a cost of $ 1,225.

More Info Click Here To get more details on how to Secure Approval for a K-1 Visa in order to get a Permanent Residence Permit in the United State of America.

Note: You have more to gain on you asking more questions on K-1 Visa Processing. And more other Sign Up, Immigration. Work and study abroad like USA, Australia, UK and other developed countries are all on guidelines Here.