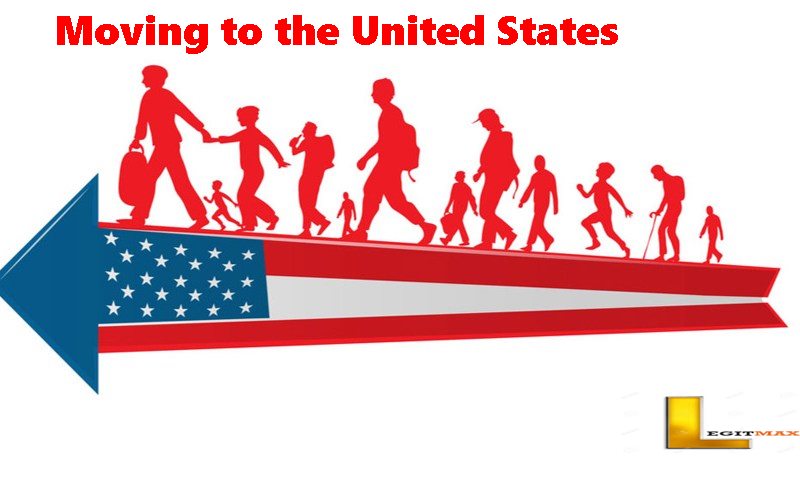 One of these factors is what you do for a living, which typically determines the category of employment you fall under. Therefore, if you fall under the category Employment First Preference E1 which are persons with extraordinary ability, outstanding professors and researchers, multinational managers or executives). Then, you will find moving to the US a lot easier than if you are in the Employment Third Preference E3 bracket (i.e. skilled workers, professionals, unskilled workers).

We’ve put up this moving checklist to help you make sure you’ve covered everything (and prevent being overwhelmed). But before we move to this checklist, we will first list the things you should know about the United States before moving to the country.

Things You Should Know Before Moving to the United States

When you are moving from your country to another, it shouldn’t be a surprise to you that there will be quite a few or complete differences in the culture. However, the United States is no exception when it comes to this fact. Although the United States is one of the countries with the highest population of immigrants from all over the world making it have cultural diversity.

However, you won’t be feeling like a fish out of the water as the US culture has been very much shaped by the unique blend of the many different lifestyles, traditions, and ways of thinking that make up 50 diverse states. But at least you should be prepared for certain things. Therefore, we have randomly picked some of the most important things in the US culture that we think you should be aware of before moving to the United States.

No two American States are the same

One major thing you should know when moving to the United States is that each of the 50 states in the US can be seen as its own separate country. That is to say, each state has a different culture, traditions, and even laws. However, this is what you should expect in a country that is 3.8 million square miles.

Moreover, across the 50 states in the United States, you will be surprised to find major variety in everything from accents and dialect to laws and even politics. Such that you will be wondering if you are still in the same country when you board from one state to another. Therefore, ensure to check the specific regulations of the state you wish to relocate to when moving to the United States.

However, most employers do cover health insurance bills for their employees. Although the option is normally only available to full-time workers, and the plans they provide are not always sufficient. So you might need to pay for additional coverage.

Moreover, work is taken very seriously in the United States. However, if you are the type that doesn’t joke with your holidays, then moving to the United States might prove a bit of a shock to you. Employees do not typically take more than two weeks’ vacation per year in the US.

Besides, the United States of America is the only developed economy in the world where employers are not required by law to provide any paid leave. But most businesses in the country do offer some holiday allowance. Working overtime in the US is a common and essential part of business culture. To sum up, US citizens often put their careers as their main priority and expect the same from foreigners who come to work in the country as well.

Furthermore, on the other side, the rewards are usually worth t. The average salary in the United States is usually high for a skilled worker. That is to say, if you are able to secure a job that is high in demand in the US, you can expect to receive enough money to live comfortably in the country.

However, other important things in the US culture you should know include:

You can click here to view more of the cultural differences between your country and the US by entering your country of residence.

Moving (Relocating) to the United States: 12 Important Tips and tricks:

Moreover, when relocating to the United States, whether for business or personal reasons, here are a few things you should make yourself aware of in order to ease the adjustment process.

Travel to the United States of America

America is a large country with a wide range of living styles and environments depending on where you are. You might want to travel to a few different states to figure out which one is right for you. During these types of preliminary travels, you might attend job interviews in the hopes of securing a job that will help you apply for a US visa.

You must be certain that you are relocating to America for the correct reasons. This implies you shouldn’t believe all you’ve heard about the United States from the media or others. To that aim, you should organize a fact-finding expedition to America during which you will acquire important details about living in the United States. Learn about job openings, wages, real estate, and overall quality of life.

You’ll need somewhere to stay as soon as you arrive, so book a hotel, an Airbnb property. Or a vacation home that you can use as your initial base. When choosing a neighborhood to reside in, arranging to lodge with a local property owner allows you to benefit from their local expertise.

Get Your Things Out of Your Way

Large items, such as furniture, will almost certainly require container transit and sea freight to arrive in the United States. You may have them sent to your hotel if you provide your hotel address.

Set up a bank account with a debit card so you can pay for items without having to carry cash with you all the time. You’ll undoubtedly wish to transfer money from your old bank account to your new one in the United States. You should make the transfer when the rates are most favorable to you.

When you move to the United States, you will need to open an American bank account so that you can conveniently pay your expenses and get your paycheck. To open an account, you’ll usually need evidence of address, a passport, immigration paperwork, and your social security number. Make sure you’re being savvy about how you go about it by looking around for the greatest money transfer offer and keeping an eye on currency rates.

Employers frequently contribute to health insurance, so check with yours to see whether you’re covered. Comprehensive medical insurance is recommend above a budget alternative because the latter may not cover some medical testing.

Be Familiar With the Laws in the United States

These include the requirement in some places for homeowners to clear snow off the sidewalk in front of their home. As well as the fact that gambling is prohibit in several locations.

Use the internet to learn everything you can about the United States. Make a list of areas you’d want to reside and apply for any jobs that fit your qualifications. Make a schedule for when you should hand in your notice at your current work. Travel to the United States for job interviews, and sell any properties you own.

Get a sense of what kind of employment is available and where they are most common. You should understand the steps involved in obtaining a visa and how long each one takes.

Get a Visa to the United States

Obtaining the necessary US visa, or Green Card is one of the most difficult obstacles to overcome when relocating to America. You’ll most likely be able to get a Green Card through your family or your employment (although other ways also exist). You will need to apply for an F1 student visa if you want to study in America as an international student.

Allow many months to finish the application procedure before your intended move to America. A visa petition to US Citizenship and Immigration Services is the first step in this procedure. The National Visa Center takes over after the application is accept. And gives directions for the official visa application and interviews.

If you already have a US citizen family member, they can apply for you to join them; alternatively, if you have a permanent job offer in the US, you can apply for immigrant status.

Make Yourself at Home

Before your big journey to America, there will be a lot of loose ends to tie up back home. You should also ensure that you have all of the documents you will require in the United States.

Your birth certificate, marriage certificate, divorce decree, and medical documents are likely to be the requirements.

Get a Number for Social Security

If you didn’t apply for a social security number during your visa application, you should do so after you arrive in the United States.

To apply, go to your local Social Security Administration office and present documentation that you have permission to work in the United States.

Whether you want to rent long-term or buy a home, you should start looking for permanent housing as soon as possible to avoid paying expensive short-term rental or hotel fees for an extended period of time.

Be aware of any additional fees that come with renting, such as one month’s rent as a deposit, in addition to a damage deposit and rental charge if there is high demand for rentals in your region. It’s also worth noting that the realtor’s commission is pay by the property’s seller.

Utilities Must be Sorted out

After you’ve settled into your new home or apartment, look around for the greatest bargain on utilities including phone, internet, electricity, and gas.

However, whether it is your first time moving abroad or that you have relocated multiple times. The process can raise many questions. The guide we have provided in this post will ease every step of the process. Including your doubts along the way. Meanwhile, the process of moving to the United States can be complicate. It is essential that you get familiar with local customs laws.